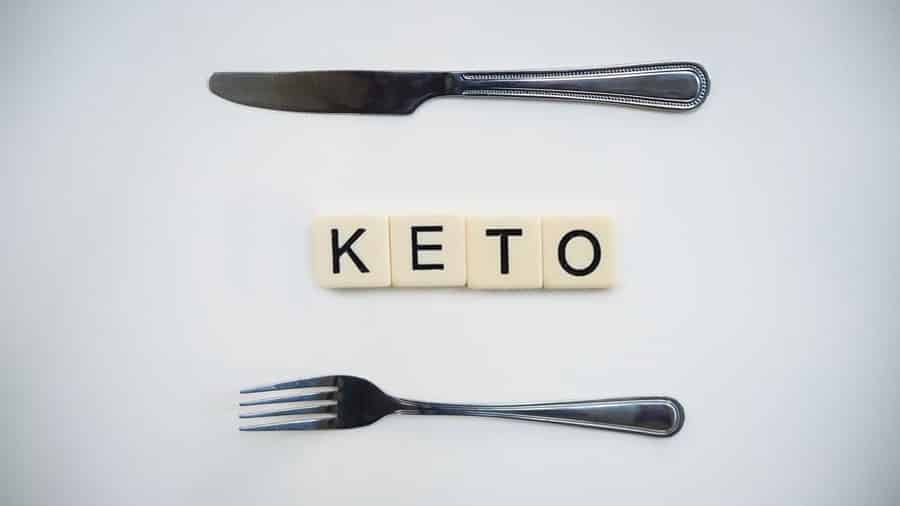 Nowadays, there are many people who want to lose weight and many of them prefer a ketogenic diet to lose weight. The keto diet consists of a very low amount of carbohydrates, high in fat, and moderate in protein. The carbohydrate intake decreased to 50 grams per day (2).

Some people feel a group of symptoms (like nausea, fatigue, constipation, and headaches) when they start the keto diet which is known as keto flu or carb flu. It leads to imbalances in the body’s energy sources, insulin, and minerals. Your body starts burning ketones for energy instead of glucose when you decrease carbohydrate intake.

Ketones are substances that your body produces if your cells don’t get enough glucose. Fat is kept as a secondary fuel source to use when there is no glucose. This process of switching to burning fat for energy is known as ketosis. It happens during specific cases such as starvation and fasting.

How long does Keto Flu last?

It is a temporary effect and lasts a few days to a few weeks. For some people, it is difficult to adapt high-fat diet. In such cases, keto flu lasts for various weeks.

Why does Keto Flu happen

Keto flu and its related symptoms may feel more like normal flu outcomes. They need to be controlled at the right time to prevent further health complications.

Carbohydrates are the body’s primary source of energy. On the keto diet, a person’s carb intake is limited to less than 50 grams (g) per day, as opposed to the recommended 200–300 g per day.

When the body doesn’t have enough carbs to consume for energy, the liver starts producing glucose from its reserves which are also termed glycogenesis.

The liver will eventually be unable to produce enough glucose to meet the body’s energy requirement.

In a process known as ketogenesis, the body will begin to break down fatty acids, resulting in the production of ketone bodies. The body then uses ketone bodies as fuel, and it enters ketosis.

This abrupt reduction may create withdrawal symptoms, similar to those encountered when weaning off an addictive stimulant like caffeine.

Although nutritional ketosis is generally considered non-threatening and safe for people, the symptoms might concern them and worsen the condition.

When the body runs low on the carb for a prolonged time, it eventually decreases the insulin in the bloodstream.

This results in an increase in sodium and potassium levels inside the body with excessive water being released as urine. Ultimately, this calls for dehydration.

The primary source of energy and function for the brain is glucose and one of the major sources of glucose is the optimum intake of carbohydrates.

Now, in a keto diet, as the carbs intake go drastically low, the brain has less fuel to run until the body starts using ketones for energy. This will happen during the first three days of the diet before blood glucose levels return to normal.

Keto flu and its related symptoms are initially mild when the body just starts to experience change. Once it fits in with the whole low-carb diet, the symptoms wither off. Keto flu comes along with the following symptoms (3):

When the flu is at peak ( between 1-4 days), the symptoms may progress to the following-

Some short symptoms which alongside get triggered are-

“ Keto flu is associated with bad breath which due to the production of a ketone called acetone by the liver which gives an off-smell during exhaling.”

Keto flu is not a deal to be greatly worried about. These simple remedies can help you ease your flu symptoms-

The foremost approach is to keep drinking water. Even water has numerous forms with different hydrating properties in it.

Apart from water, you can choose electrolyte drinks and water-rich foods to keep you hydrated.

If the symptoms persist for a very long time coming along with severe complications like kidney stones, hypoproteinemia ( low levels of protein), vitamin deficiency, etc., it is advised to consult your doctor.

Overall, it’s vital to keep in mind that experts are skeptical about the keto diet’s long-term health impacts. Anyone who follows this diet should inform their doctor so that any major consequences can be monitored.

If you wish to start a keto diet, initiate slow and take care of your hydration on keto the most to manage the symptoms of the keto flu.

Dirty Keto vs. Clean Keto: Everything You Need to Know