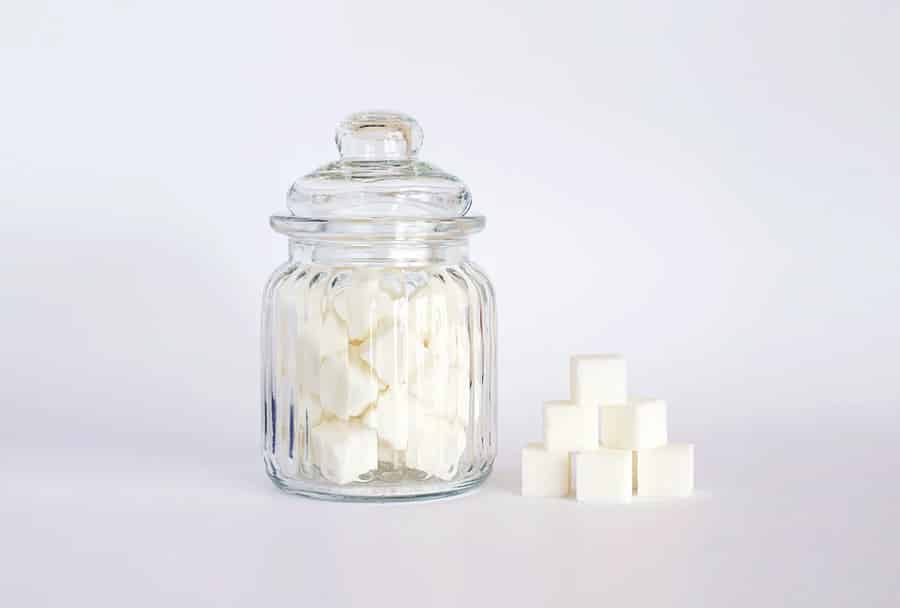 Sugar is one of the most commonly used seasonings in the world. Iraq has references to the traditional medicinal use of sugar where it was blended with fruit extracts and various concoctions to prepare medicines.

Today, sugar is no longer as popular as it once was. It gets a bad reputation for causing health problems and for hindering weight loss.

Salt and sugar were traditionally important ingredients in oral rehydration solutions and electrolyte drinks. Today though, most of these rehydration fluids are sugar-free. Salt and minerals continue to be important components because they act as electrolytes.

Is Sugar an Electrolyte or a Nonelectrolyte?

Electrolytes, also known as salts, dissolve in water and produce two kinds of charges- positive and negative. With these charges, electrolytes are able to conduct electricity. In the human body, minerals play the role of electrolytes and regulate various vital body functions.

Sugar, on the other hand, doesn’t carry a charge. It doesn’t conduct electricity or produce charge after dissolving in water and hence sugar is not an electrolyte.

Dehydration and the Role of Salt and Sugar:

Hydration is the process by which your body absorbs water. This water is important for carrying out various bodily functions as listed below:

Dehydration occurs with fluid loss and consequent electrolyte loss in your body. This can be due to various conditions such as:

This condition can cause impairment in your normal body functioning. Common symptoms of dehydration include:

With dehydration, you will lose minerals and fluids in the form of sweat, urine, and vomiting.

The first step towards rehydration is to compensate for the loss of these lost fluids and electrolytes. Electrolyte drinks are an excellent way to achieve hydration.

The Role of Salt in Rehydration:

Naturally occurring sea salt is a rich source of sodium, chloride, and trace minerals such as phosphorus, magnesium, and manganese.

Let’s say you are dehydrated. This means that you are losing fluids and various salts. The logical first step would be to have an electrolyte drink that will compensate for the fluid and electrolyte losses.

Sodium is an essential element that plays a vital role in rehydration. This mineral, along with potassium and chloride, works on delivering the fluids to your cells through a process known as osmosis. For this reason, salt is frequently used in most electrolyte solutions.

Do remember though. The table salt you use every day at home is highly processed and may not contain minerals. Additionally, it contains anti-caking agents and other harmful substances. Table salt isn’t ideal for rehydration.

What is the Role of Sugar as an Electrolyte?

We already know our answer to – Is sugar an electrolyte – by now! The answer- it’s not!
Sugar cannot perform functions that salts like sodium, magnesium, potassium, and manganese can.

But that doesn’t mean that our body doesn’t need any sugar. We mainly need sugar for energy.

When electrolytes aren’t able to do their jobs or when you don’t have enough electrolytes to keep you from getting dehydrated, it becomes tough not to get tired. At that time, it is the sugars in your body present in glycogen stores that provide their glucose for energy.

Apart from this, sugar has yet another significant role to play. It may not be an electrolyte, but it does help in hydration by helping electrolytes do their job.

Role of Sugar in Hydration:

No matter how small a role a doorman plays, you will still find one in all major restaurants, hotels, and commercial buildings. Why’s that?

Doormen are essential because they cater to those who enter the place and make their visits more efficient.

It helps to increase the absorption of electrolytes in your body with the sodium-glucose cotransport system.

With this system, the glucose in sugar helps to open up the intestinal wall and lets the electrolytes find their way into our bloodstream.

You see, there are some transporter proteins present in front of that intestinal wall. They look out for sodium to glucose ratio of 2:1 before letting the glucose and electrolytes enter the bloodstream. Possibly, ORS drinks use the same ratio.

What do they do after entering?

Well, the water in our body loves to stay with friends. So, it will find places where there are glucose and electrolyte molecules present.

Once it finds this place, it will move towards it through the process of osmosis. Thus, helping these nutrients transfer throughout the body.

Why are the current electrolyte drinks devoid of sugar?

The latest research has a different version of sugars and the electrolyte absorption process. According to some studies, glucose by itself doesn’t co-transport water through your gut as previously thought. Instead, it increases the relative concentration of the sodium ions as a result of which the ions get quickly pulled across your gut. Water and nutrients also get pulled simultaneously.

Apart from glucose, many other molecules have the capacity to quicken this process, including minerals such as magnesium and manganese, and compounds such as amino acids and peptides.

We know sugar is not good for us and is leading to many health complications. This is why most electrolyte drinks and oral rehydration solutions do not have sugar as a compound anymore.

It is important to note here that refined sugars and refined salt (what we know as table salt) are equally bad for you. When looking to replenish electrolytes, you must always opt for unprocessed salts like Himalayan pink salt.

Is sugar an electrolyte? No, sugar is not an electrolyte, but it definitely helps in the absorption of electrolytes by your body. The mechanism may not be quite clear, but still, sugar does enhance electrolyte and nutrient absorption when you are dehydrated.

On the other hand, certain electrolytes such as magnesium and manganese also encourage the uptake of important electrolytes into your body. This is why most of the current breed of electrolyte drinks contain a host of nutrients as opposed to the traditional ones which contained only sugar and salt apart from water.

5 Best Teas For Headaches and Migraines