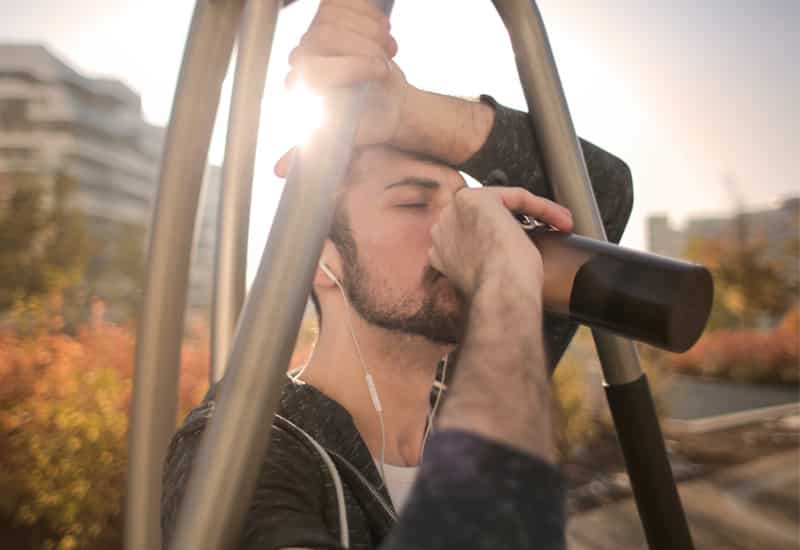 Imagine yourself all sweaty and tired in that scorching heat out there and suddenly you get a heads up with a can of refreshing soda!

Even the thought of it relieves you completely! Soda is the ultimate call for a boost in energy and fueling up your fluid and electrolyte stores.

But wait! Isn’t that supposed to be an ‘energy drink’ then? Boosting energy, fueling up lost fluid stores, and making you feel refreshed! An energy drink is what we look for to gear ourselves up. Right?

Energy drink and soda are two products that are surprisingly considered as one. People often use these words interchangeably and even consume them that way.

But these two are not the same and it’s high time we know the real facts about energy drinks and soda rather than trusting the myths.

Energy drinks are beverages that contain large amounts of caffeine, usually (but not always) sugar and B group vitamins. Additionally, they also contain guarana, ginseng, and taurine, ingredients that you will not find in a soda.

Soda, on the other hand, is a non-alcoholic beverage that is carbonated and contains natural or artificial flavourings, sweeteners, edible acids, and sometimes, juice.

They may also contain some amount of caffeine but not high as that in many of the energy drinks.

The confusion between these two is obvious as they both contain almost the same ingredients like caffeine and sugar and provide nearly the same benefits.

But the thin line of difference is the real deal of observation that makes energy drinks and soda two different products altogether.

Energy drinks, due to their high sugar and caffeine content, can lead to –

It is generally recommended not to consume more than 25g of sugar in a single day. With that being said, in a typical commercial energy drink, you can find over 40 grams of sugar per serving.

That is almost double the recommended daily amount! That’s why the amount consumed is a fundamental marker and is highly paid attention to.

Meanwhile, soda is also not your ‘perfect go-to’ drink all the time as it can lead to-

Enough of the negatives of energy drinks! Ultimately, they do have their fair share of benefits which are-

Energy drinks are a good-to-go beverage for people, in particular, sportspeople,  who constantly work out and require consistent replenishment of fluid and electrolytes lost in sweat.

For them, opting for soda is not much of a strong game as they also have to focus on their muscle strength and endurance at the same time.

When you take an energy drink, make sure that you choose those that contain the right amount of caffeine and antioxidants.

If you want to lose weight and keep it off, the best choice is to go for decaffeinated and zero-sugar energy drinks. They also contain a very low-calorie density.

Why are energy drinks the first choice of professionals?

The International Society of Sports Nutrition says that exercise performance can be significantly impaired when 2% or more of body weight is lost through sweat.

Additionally, weight loss of more than 4% of body weight during exercise may lead to heat illness, heat exhaustion, heatstroke, and possibly death. That’s when you need energy drinks.

According to a study published in the British Journal of Nutrition, energy drinks increase jump height for basketball players, muscle force, and power for climbers and trained individuals.

It also increases swimming speed for sprinter swimmers, hit force and accuracy for volleyball players, and the number of points scored in tennis.

As you can see, there are some of the other benefits for every kind of sport through energy drinks. For professional sportspeople, energy drinks are considered a quick and effective choice boosting their energy levels and perform better and for a longer time.

They are also easily available and are cost-effective.

For endurance exercise lasting one hour and beyond, an energy drink is consumed by professionals to maintain hydration while making sure the drink is not just simple sugars but instead a combination of fast, medium, and slow-digesting carbs to help prevent a blood glucose crash and to provide sustained energy throughout their session.

Why Do Energy Drinks Make Me Tired? Expert Answers

Turmeric and Lemon Water: A Must-Try For Detox

12 Best Keto Friendly Energy Drinks Which Will Boost You Up

What Are The Side Effects of Energy Drinks?

Pre Workout Energy Drink: Why Do We Use It?

What to Drink during Workout: 5 Best Drinks

How Long Do Energy Drinks Last?

Pre Workout vs Energy Drinks – Which is Better?