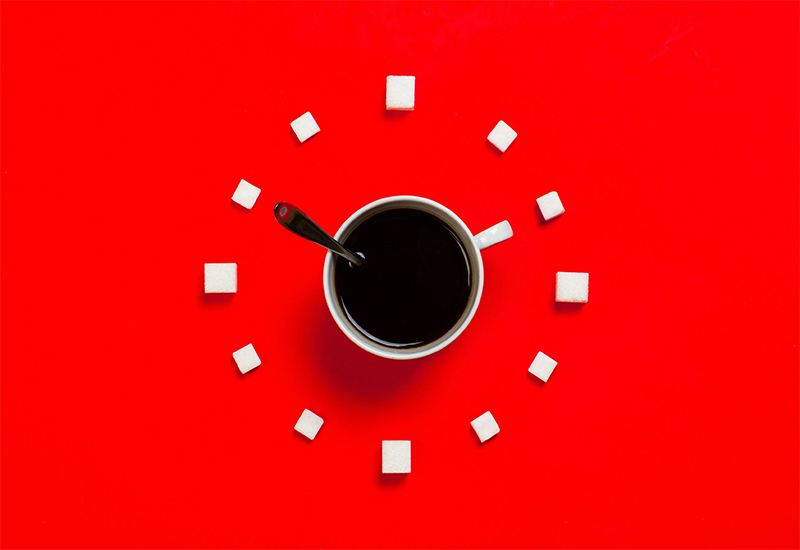 Caffeine is a well-known psychostimulant compound with documented use since ancient times. The stimulating effects of caffeine contribute to making it one of the most consumed drugs worldwide.

Nine out of ten people consume caffeine in the form of coffee, tea, and cola, taking up 96% of global caffeine consumption. The remainder, 4% of consumption comes from chocolates, certain candies, and energy drinks.

Caffeine overdose is a growing concern among medical researchers and practitioners due to its enormous consumption levels.

Is it possible to overdose on caffeine?

It is possible to overdose on caffeine. Overdosing on caffeine is a real possibility, especially if you do not count the cups of coffee and cans of energy drink you consume.

Consumption of over 400 mg of caffeine by a person in a day often results in overdose. The chances of overdosing are higher with the consumption of caffeine pills than with beverages such as coffee.

What is caffeine overdose?

We have been talking so much about caffeine overdose, but what exactly is it?

Caffeine overdose is a condition where you start exhibiting unwanted symptoms such as increased heartbeat, jitters, restlessness, irritability, etc. You might experience this either as a result of sudden consumption over recommended levels of consumption or as the result of prolonged consumption of high caffeine doses.

Caffeine causes mild stimulation of your central nervous system. It also works on your cardiovascular system and brain. With the combined effect of these influences, caffeine has a few beneficial effects on your system.

A 2016 review article published by Science Direct and the Neuroscience & Behavioral review journal details the effects of caffeine on cognitive, physical, and occupational performances.

According to this article, caffeine can:

Caffeine from various food sources plays a vital role in ensuring that you are at your physical and cognitive best so you are performing to the best of your capabilities.

Recent research shows that caffeine can also help delay or avoid conditions such as Alzheimer’s and Parkinson’s.

For many of us, our days start and end with a cup of coffee while some of us depend on energy drinks to keep us going in high-stress situations.

An 8-ounce brewed coffee from Starbucks contains about 180 mg of caffeine, while an 8-ounce Redbull has about 80 mg. One Diet coke contains nearly 45 mg.

The caffeine in these drinks gives us the much-needed pick-me-up and keeps our mind and body active as we move through the daily grind.

Where did caffeine come from?

Caffeine is a naturally occurring chemical compound. It is found in plant and nut sources.

Caffeine was first discovered and isolated by Friedlieb Ferdinand Runge in 1819. It is a white crystalline alkaloid and is found in certain nuts and plants. It works by stimulating and binding to the adenosine receptors of the nerve cells. In addition, it increases the levels of dopamine in your body.

Primary and secondary sources of caffeine and anatomy:

As we mentioned earlier, caffeine is a naturally occurring drug. We list the different sources of caffeine:

The secondary sources of caffeine:

How much caffeine is too much?

According to an article published in the Journal of Food Sciences, a healthy adolescent or an adult can safely consume up to 400 mg of caffeine in a day without facing any unwanted side effects. Consuming more than 400 mg can be dangerous and cause jitteriness, sweating, restlessness, and other side effects.

An average caffeine pill contains 100 mg of caffeine. This means that if you do not have caffeine sensitivities, you can take up to 4 pills in a day.

In short, caffeine consumption of 100mg, 200mg, 300mg, and 400mg is safe and causes beneficial effects such as alertness, improved memory and concentration, and enhanced performance.

Doses beyond this, anything ranging from above 400 mg to about 1000 mg will result in caffeine overdose and could be life-threatening.

Caffeine toxicity can occur with consumption of above 5 gm which is lethal and can lead to loss of life.

What can caffeine overdose do? The risk, effects, and impact:

The Risk and Effects:

As with every drug, overdosing is possible with caffeine. Did you know that caffeine is the only mind-altering drug that is legal to consume?

This is because of the many health benefits. But as with every drug, caffeine comes with a few caveats.

The intake of this drug is associated with unwanted conditions such as:

As with any drug, you will experience caffeine withdrawal. Symptoms include:

Death resulted in both cases and was contributed to caffeine overdosing.

According to another article published in the journal Annals of Emergency Medicine, a 20-year-old woman with eating disorders consumed 20 gm of caffeine. While the doctors were able to save her life, she was readmitted for a different reason and was found to have developed a heart condition.

It is quite clear that ingesting large amounts of caffeine can lead to multiple problems and result in ultimate death in rare cases.

How long does caffeine stay in your system?

How long caffeine stays in your system depends on various factors such as:

According to the Cleveland Clinic, you will experience the first set of caffeine effects within 15 minutes of consumption. The effects peak within an hour after which they start to wear off. This process can last for several hours.

The average half-life of caffeine is about 5.7 hours, which means half the effects continue after the 6-hour window.

In most cases, it takes about 10 hours for caffeine to completely clear out of your system.

When to see a doctor?

Caffeine overdose can be fatal and medical intervention is crucial to avoid complications and even death. See a doctor when you experience one or more symptoms of caffeine overdose that don’t seem to go away and are worrying or troubling to you.

Your doctor will check your parameters such as blood pressure, pulse, breathing rate, and temperature.

Depending on your symptoms, vitals, blood reports, and your overall condition, the doctor will then chart out a treatment plan.

In most cases, a short hospital stay is enough to bring the system under control and normalize the functioning of the body.

Caffeine detox at home: Can you flush out caffeine from your system?

It is possible to burn off caffeine from your body at home. Here is what you should do.

Can you overdose on caffeine? The answer is yes, especially if you are sensitive to the compound. Consumption below 400 mg per day is safe while anything beyond that can cause caffeine overdose.

While coffee is the highest source of caffeine, tea and colas come a close second. Energy drinks and other energy products come next in line while chocolates and some candies contain trace amounts.

Being mindful of your caffeine intake to avoid caffeine overdose is extremely important. When you feel unwell after having a caffeinated drink, consult a doctor immediately.

While caffeine has immense benefits, moderation ensures that you are enjoying them to the fullest extent

The next time you have a caffeinated drink, remember these pointers and enjoy your drink safely!

Caffeine in Tea vs Coffee: Which is Better?

Taurine vs Caffeine: What is the Difference?

Does Coffee Dehydrate You? Time For Some Myth-Busting!

How To Stay Awake Without Caffeine?